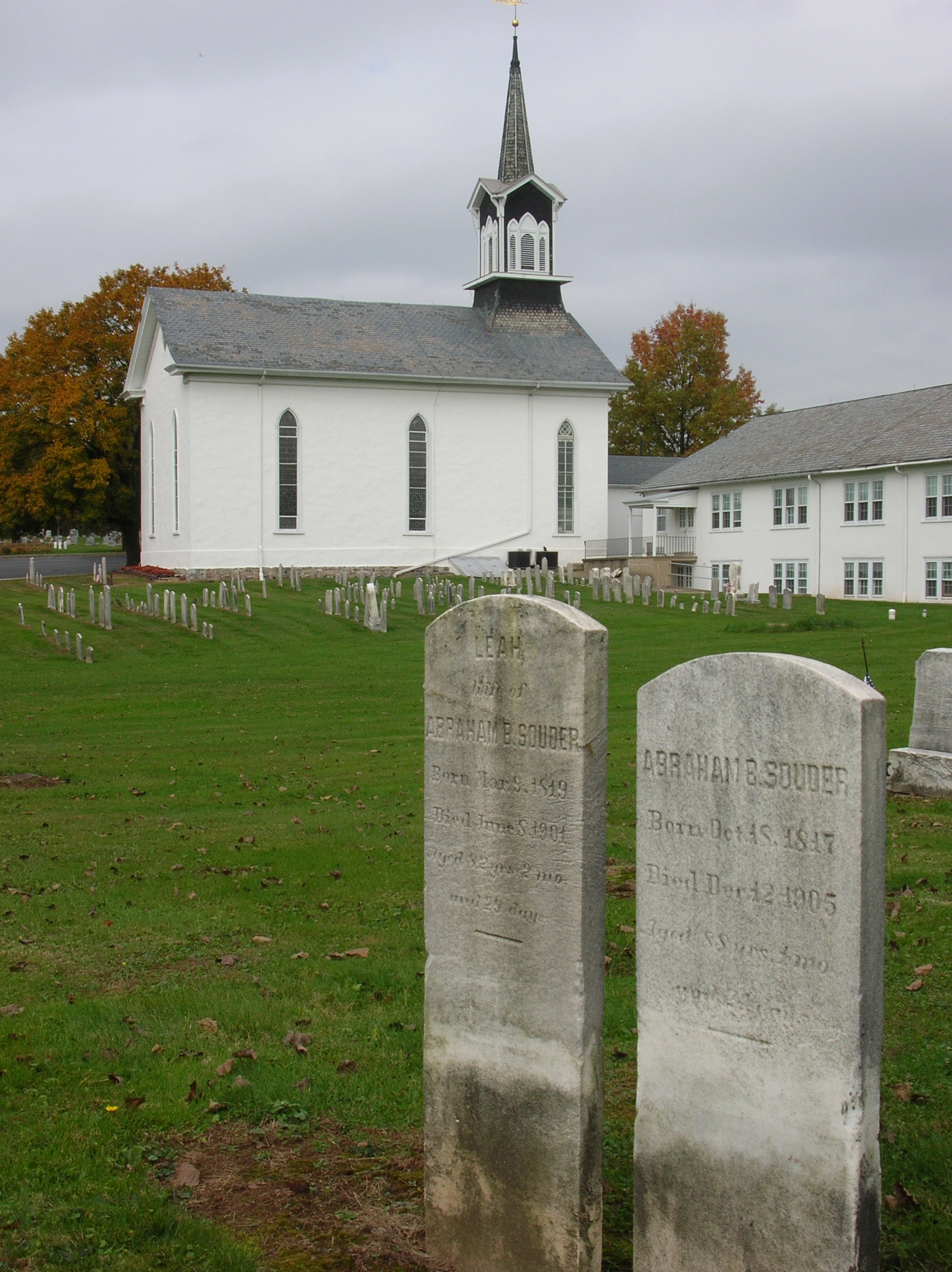 Religious freedom was a major reason for the emigration of people from Europe. The earliest church on record in Franconia was a log church known as Indianfield Lutheran (Little Zion) Church. The log structure was built in 1730. In 1734 there were thirty-four taxables and landholders in Franconia, nearly all German. At that time, there were not more than 175 inhabitants, two grist mills, one tannery. The name “Little Zion” began to be used by the Indianfield congregation in 1875. In 1893, the church was incorporated with its official name as “The Little Zion’s Evangelical Lutheran Church of Franconia Township, Montgomery County, Pennsylvania”. Little Zion is a name that no other Lutheran congregation shares.

The cemetery’s earliest grave marker dates back to 1752. It is a red fieldstone marker with hand carved intials that read, “IB.”

In 1881-1882, the church underwent major renovation. The east gable was extended; the balconies were changed to include the east, north and south walls and the pulpit was moved from the north wall to the west gable. The bell tower and steeple also were added.

“… After much debate, some quite heated, the vote of the congregation was to remove [the Sexton’s House]. This was done in 1955. The earliest known sexton, and occupant of the sexton’s house, was Abram Souder. The date cannot be definitely established – probably in the 1860’s and 1870’s.” Source: Moyer, Clayton C., 1970

A large number of the earlier settlers were Mennonite. The Franconia Mennonite Meetinghouse was founded between 1730 and 1750, and is one of the largest Mennonite churches in Pennsylvania. Other churches included the Indian Creek Reformed Church (Christ Church), built of logs in the 1750’s. Its founders were immediate descendents of French Huguenots, Hollanders and Palatines. Leidy’s Church, built in 1858, had a schoolhouse and graveyard on that site over one hundred years earlier. The schoolhouse was used for public worship until the church was built.