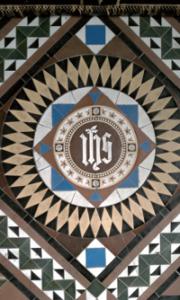 In April of 2011 I visited St. Hiliary Church in Wallasey and photographed the graves of my ancestors. The graves were located on the highest point of the hill overlooking the city and the views were amazing. I suspect that since my 3x Great Grandparents, William and Frederica Pickering were very wealthy and had status, that they were able to choose this prime location in the cemetery.

The most interesting feature of the stones were that each letter was carved out of the base stone and inset with marble. The marble is harder than the stone so time will never erase the inscriptions on the graves. I imagine that was a rather expensive undertaking – another proof of their wealth.

Charles William Harrison and Elizabeth Walker Pickering were rather large donors to this church as evidenced by the inscriptions found on an amazing brass plate and now displayed in the church.

From: historyofwallasey.co.uk – “Mr Pickering, after whom Pickering Road was presumably named, died in 1881 at the age of 65 and was buried in St. Hilary’s Churchyard, although he worshipped at St. James’s Church, where there is, or was, a stained glass window to his memory.” 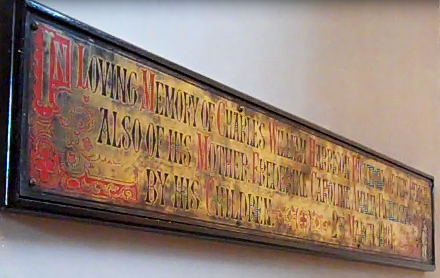 “In Loving Memory of Charles William Harrison Pickering of this Parish: Also of his Mother Frederike Caroline Amalia Pickering” 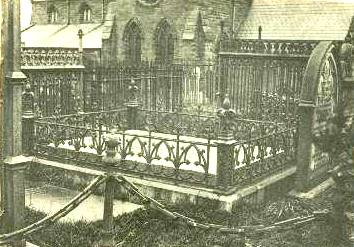 Photo of Pickering graves before WWII. There was an iron fence surrounding the huge double flatstones on a plinth which shows evidence of the railings. 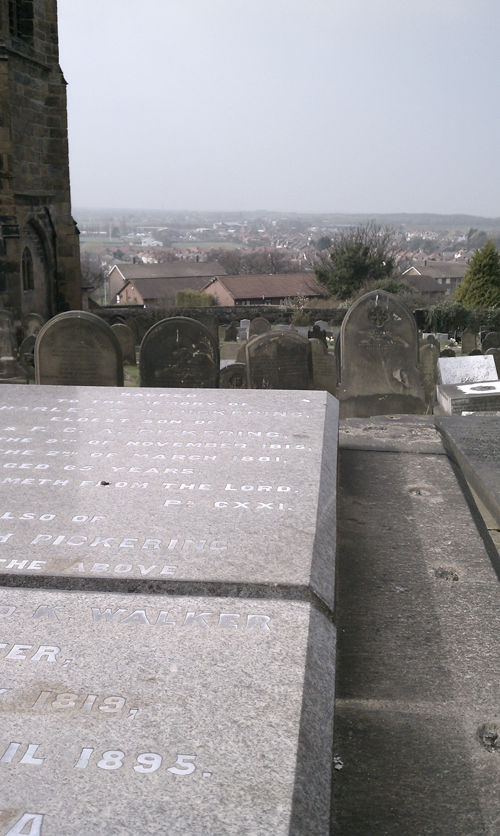 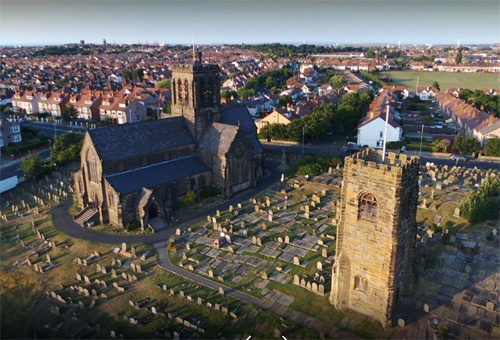 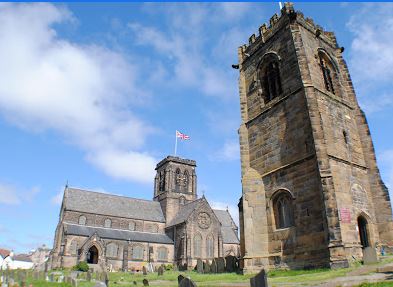 St Hilary’s Church is in the town of Wallasey, Wirral, Merseyside, England. It consists of a church built in 1858–59 and the separate tower of a former medieval church. Both the church and the tower are recorded in the National Heritage List for England as designated Grade II listed buildings. 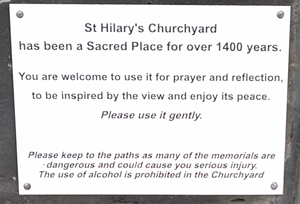 The plaque on the back of the Bishop’s Chair reads: “To the Glory of God and in Loving Remembrance of C.W.H. Pickering and his wife Elizabeth Pickering of Montebello in this Parish.” It is dated 1914 and the initials on it are E – P – M.