<< Back to parents, John Pickering and Mary Harrison 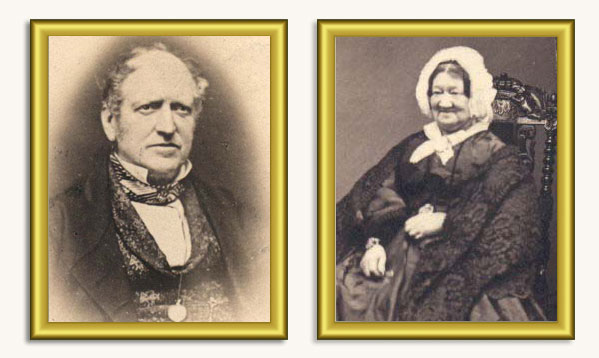 William was three years old when his family built the Sutton Mill manufactory and home where he was raised.

1830 – Breck Lane, Liverpool
“There are also three other dwellings, and three other gardens, on the east of the garden last named [ed. residence of Mr. Richardson]. They are pretty little hobby-horsical spots for the Liverpool cits [citizens] to spend their leisure time at in summer, when many an agreeable and merry tea-drinking party meets. These gardens are bounded on the east by two dwellings, with grounds attached; at the largest, and which is his property, resides William Pickering, Esq., Mecklenburgh Counsil, and a highly respectable corn-factor of Liverpool. Mr. Pickering is extensively connected with foreigh commerce, and is one of those truly useful persons who, when the laws will permit, imports corn into our ports — that absolutely necessary and veritable staff of life; he is also one of those who, if legislatords did not interfere, would, under the permission of Providence, never suffer family to pay even a transient visit to our (in most respects) highly favoured land. Excepting on locality 21, e, no other part of the south-east district of Everton has been yet submitted to the builder’s operations.”

Source: The history of Everton, including familiar dissertations on the people, and Descriptive Delineations of the several & separate properties of the Township. By Robert Syers, Liverpool, p188. Published by G. & J Robinson, 1830 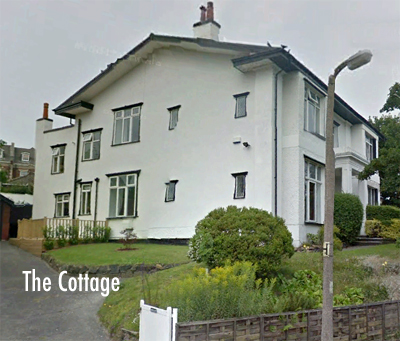 The Cottage was located on St Georges Mount, Wallasey adjacent to Montebello. Montebello was a home built in 1860 by William’s son, Charles William Harrison Pickering.

Birth Locations for SIBLINGS of William 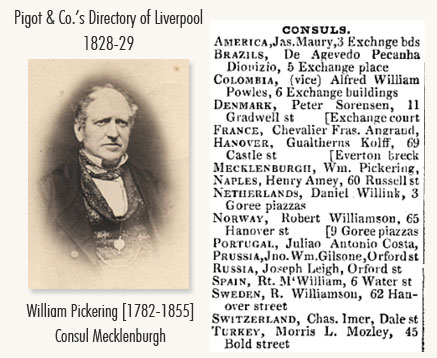 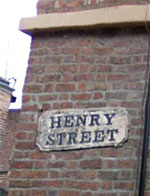 Frodsham 1834 Pigot’s Commercial Directory
listing other Pickering entrepreneurs. I don’t believe the Williams listed below are the same as above.